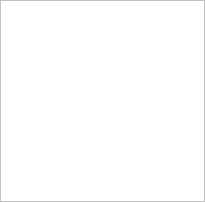 Parks & Open Spaces Please subscribe below to receive our newsletter:

The official opening of Tucker’s Field was a great success on Wednesday, 26th March, with the Mayor of Poole helping to encourage the local community to have their face painted, make mother’s day gifts and make minibeast mansions and wildlife badges. People enjoyed the newly opened public space, playing games on the logs and looking for wildlife in the long grass.

We will continue to create more wildlife habitats, plant wildflowers and do litter picking. Please come along to lend a hand and add to the already fantastic work carried out by local groups:

Volunteers have given a whopping 260 hours of their time so far and have made a huge difference in transforming the space. Thank you! 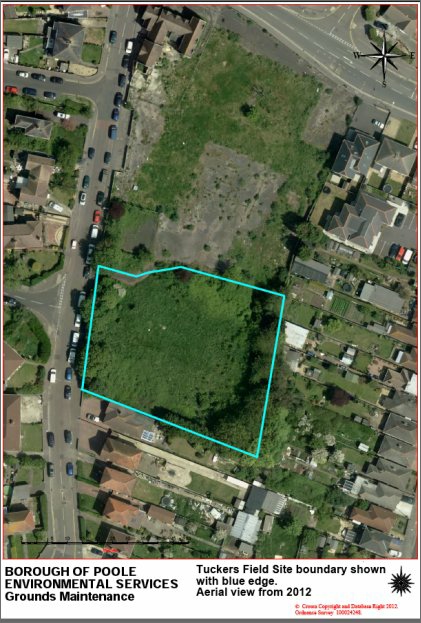 The playing field known locally as Tuckers Field - the site of the former Hamworthy First School adjacent to Tuckers Lane - has been largely unused since the building of the new First school in 2004.

With the development of the old school site for housing due for completion summer 2014, options for the future use of the playing field were investigated and local residents consulted.

During consultation people showed a strong interest in retaining the natural feel of the space, and in encouraging people to interact and play with nature. Subsequently the site is managed as a natural habitat, with grass and wildflower meadows and mature trees to the boundaries; we have also used natural materials to create areas of informal play and seating.

Consultation also demonstrated an overwhelming interest in getting involved with this project, hence the amazing work carried out by various groups of volunteers who helped develop and deliver this project, and who continue to help manage the space.

Local food growing and taking some ‘ownership’ of local sites is something that the Council are increasingly keen to encourage; through the period of public engagement we sought the views of local people as to how much they would like to be involved, ranging from an hours volunteering to cut back brambles, to sustaining food growing on the site as part of a community garden in to the future. 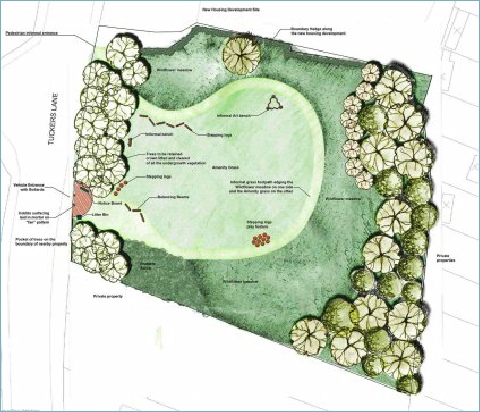 The final design, the result of consultation during October & November 2013 - pdf, 193kb 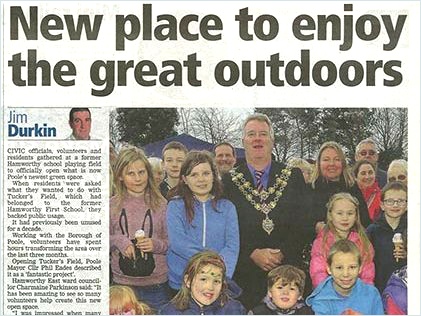 The project & event even featured in the local paper

Timber for log piles and a slow worm hibernaculum 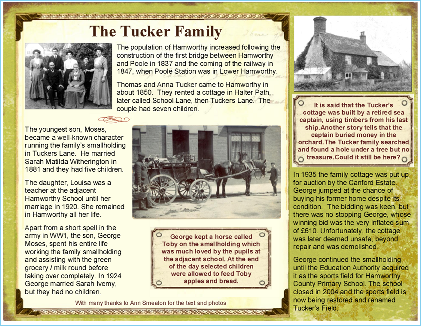 The Tucker Family, compiled by a local volunteer - pdf, 620kb